Manokwari is the capital city of the Province of West Papua in the Republic of Indonesia. Situated in Dorey bay, this city is considered as one of the most beautiful town in the world in terms of its geographical location. The scenery of the city is magnificent because it stretches along a bay that is surrounded by Arfak and Table Mountains. There are three islands in the middle of the bay. They are Mansinam, Lemon and Raimuti islands. They protect this coastal city from violent waves during the eastern monsoon making it as a favorite waters for mooring ships and yachts. 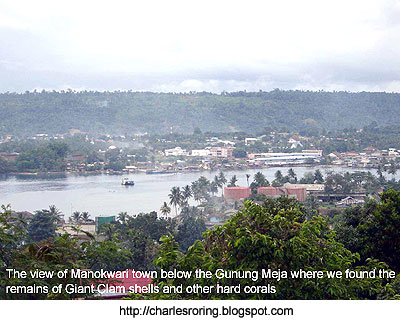 If we look at the following map, Manokwari is located on the bird's head region of New Guinea, the second largest island in the world. It can be accessed directly by airplanes and ships from several major cities in Indonesia such as Jakarta, Surabaya, Makassar, Manado and Jayapura. 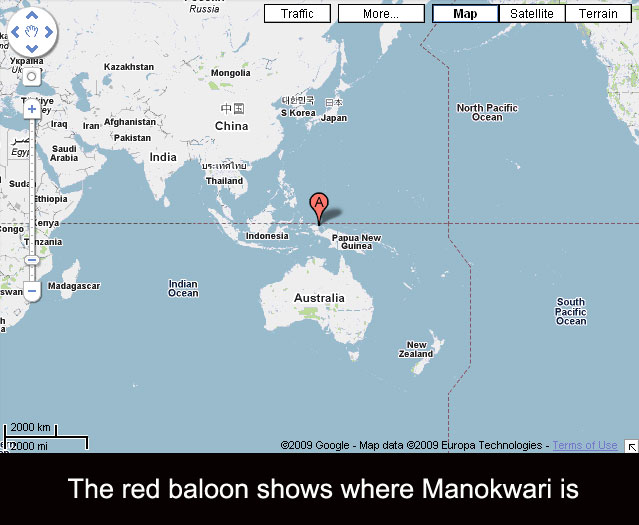 Airlines that provide flight service to Manokwari from these cities are Garuda, Batik Air, and Sriwijaya Air. Tickets can be bought from traveloka.com. If you are interested in going by passenger ships to Manokwari, then the most recommended sea lines is PELNI. It operates tens of modern passenger ships that connect or integrate big islands in Indonesia.
In recent years, the number of tourists who visit this town is increasing rapidly due to the growing interest in the preservation of tropical rainforest. The tropical rainforest is now more appreciated by world communities due to its function in absorbing much of our CO2 gas emissions.


The Dorey bay or simply called the Manokwari bay has got coastal areas that are still covered by coral reefs. Snorkeling in Manokwari bay is a favorite activity that tourists like to do when visiting this tropical island.
For more information, please use the following contact form or directly email me (Charles Roring) using this address: peace4wp@gmail.com or send whatsapp message to: +6281332245180.