Flowers in the Rainforest of West Papua

There are a lot of flowers that we can see while hiking in the jungle of Manokwari. Some have fragrant smell whereas others release stink smell. One species that attracts my attention is the Faradaya splendida. This plant grows on the bank of Dopi river. It has got abundant flowers whose color is white. Anybody who is interested in growing it outside his or her house must provide a lot of water for this plant. I think that the flowers from Faradaya splendida vine can be used as raw material for extracting its essential oil that is good for aroma therapy. 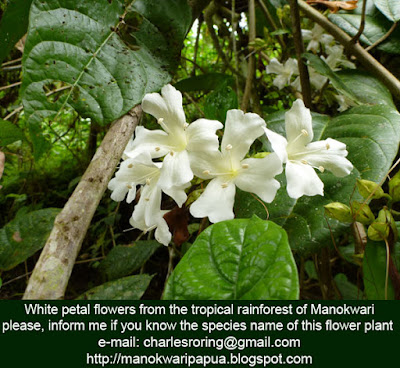 Another species that is commonly seen along the edges of the tropical rainforest is the blue bell vine (Thunbergia grandiflora). The vines of blue bell flowers hang on the branches and twigs of trees that are exposed to sunlight. Sometimes they can be found hanging on the twigs of bamboo shrubs that grow near a river. 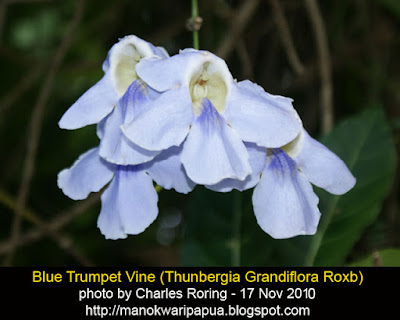 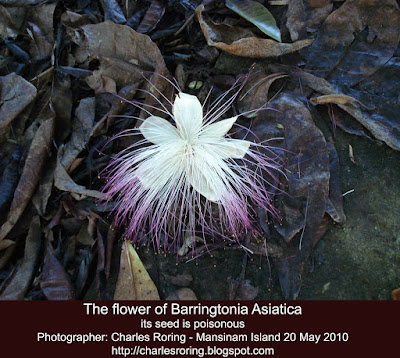 In the high elevation region such as the Arfak mountains, passion fruit flower vines climb the shrubs and trees that are not far from the local villages. This passion flower whose photograph is shown below is not a native plant from this mountain. Its fruit has got sweet taste. I heard that it was introduced by missionary and local people who went to Wamena (in the Central Mountains of West Papua) and returned to Arfak mountains with the plant. 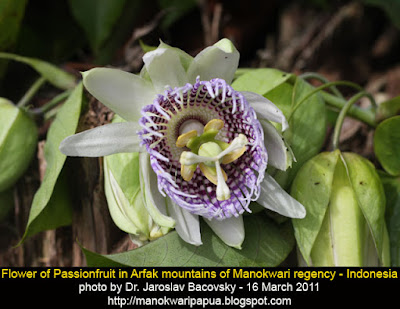 Below is the picture of Medinilla flowers. I saw these flowers while hiking in the jungle of Arfak mountains particularly on 1400 meters above sea level. The flower species found around this elevation are totally different from the species that usually grow in lowland or coastal region of West Papua. 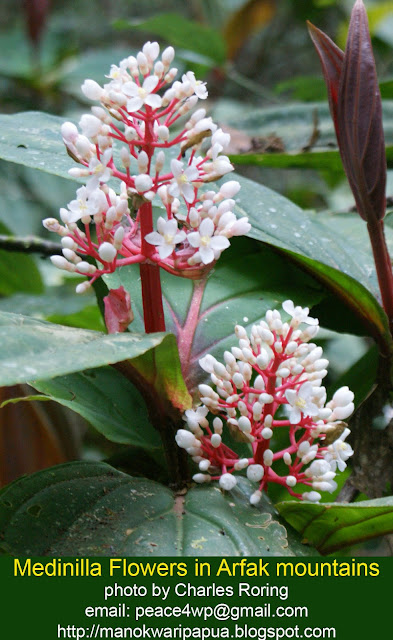 In addition to Medinilla, some other flowers that attract the attention of visitors are the Rhododendrons.  A few months ago, a student from the United Kingdom visited Arfak mountains to see several species of Rhododendrons. The one that is shown below has got very fragrant smell. Its physical appearance is similar to the above Faradaya splendida. This rhododendron can be found at the top of Mount Syoti (which is part of Arfak mountains and located in Kwau village). 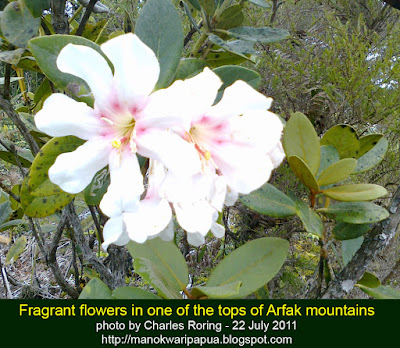 In addition to the above flowers, visitors can also see various kinds of orchid that grow on the branches of big trees of the tropical rainforest of Manokwari. Some of them have got medicinal merit and are used by the indigenous people to cure their diseases or wounds. by Charles Roring
at December 07, 2012

Email ThisBlogThis!Share to TwitterShare to FacebookShare to Pinterest
Labels: Flowers

I love flowers because they are symbolizes love and affection.